Why I’m a Kama Optimist

Gurcharan Das tells the epic story of desire across time

You’d think a man who attended Harvard Business School, headed Procter & Gamble India and went on to be MD of P&G Worldwide would know a thing or two about the economy, about business, about global trade.

You wouldn’t, necessarily, show up to hear him speak about desire, love, sexuality and that highly misunderstood word, ‘kama’.

Gurcharan Das is that increasing rarity: a polymath. His celebrated books India Unbound and The Difficulty of Being Good cast a contemporary eye over two defining philosophical strands of Indian thought: artha and dharma. (Amazon has them here and here.)

It’s only natural, then, that he deep-dive into kama, the complex world of desire and love, next.

Perhaps the most piquant and provocative takeaway of the evening was that while ‘dharma’ represents duty to others — a concept most of us are familiar with — kama represents an equally important thing: the idea of duty to one’s self.

Gurcharan’s exploration of the domain has academic rigour, but he is above all a storyteller, so we were at once captivated, engaged, informed and as always, pushed to think a little deeper, a little harder. 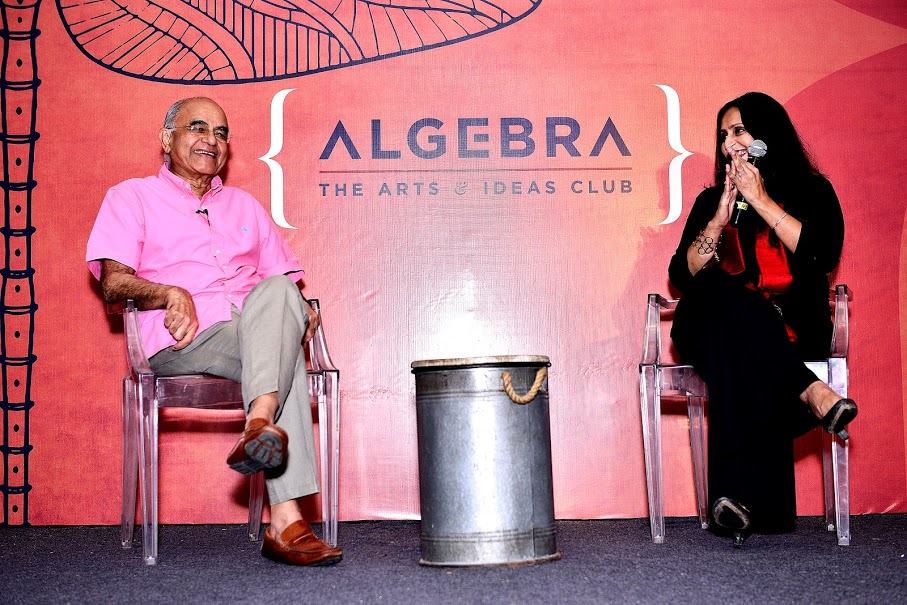