“People can be intelligent and unlikeable. PM Modi for instance doesn’t like me”

Karan Thapar epitomises the argumentative Indian. He is also, it turns out, as good in front of the interviewer's chair as he is behind it

We expected Karan Thapar to be forthright.

What we didn’t expect was for him to be fun. Feisty. Self-deprecating. And just plain and simple riveting.

In a freewheeling conversation that lasted the better part of an hour, the formidable commentator acquitted himself admirably on the other side of the interviewer’s chair, taking a host of questions, ranging from his most fractious interviews – Karan has the rare distinction of having Narendra Modi, J Jayalalithaa and Ram Jethmalani all walk out on him – to anecdotes and insider accounts of interviewing the world’s most influential.

We won’t give you spoilers here – watch the full session above – because these are fascinating stories. But, teaser: there’s (now) PM Modi saying I love you somewhere in there!

Through it all, Karan demonstrated the presence of mind that has made him one of the country’s best-respected interviewers, and as one member said to us later, it was a treat to hear one masterful interviewer – Algebra’s Shoma – take on another. 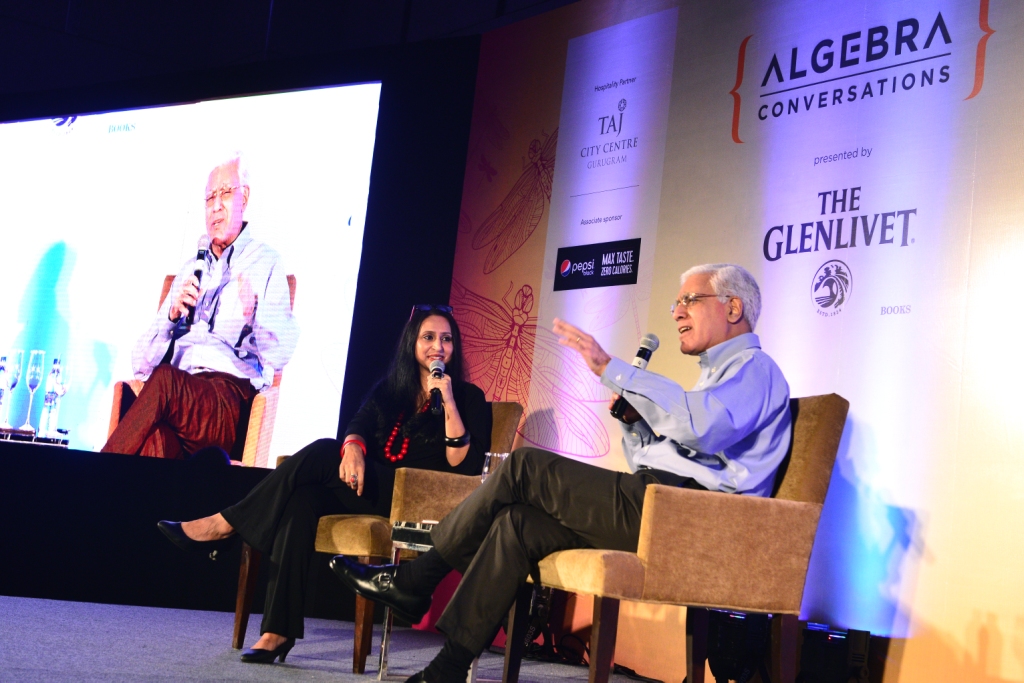