Mansoor Khan on why economies are crashing around the world

Not all serial disruptors look radical.

Some look like Mansoor Khan, the soft-spoken director of cult films such as Qayamat Se Qayamat Tak and Joh Jeeta Wohi Sikander, who took the stage at Algebra and threw the unsuspecting audience a curveball so unexpected, it kicked off a debate a lot of people carried home that night.
Because Mansoor, physicist by education, filmmaker by accident and now organic farmer by choice, has spent the past decade studying a word whose fallout is as menacing as the word itself has promise: growth.

Mansoor argued to the packed – and rather stunned – hall that perpetual economic growth is neither possible nor desirable, because the core engine of growth, energy, is a limited resource that mankind has exploited in disproportionate measure.

Mansoor’s is certainly a controversial point of view; one that deserves an open mind and deeper examination. Naturally, the place to start would be his 2013 book, The Third Curve, that links fossil fuels, global financial markets, and the very possibility that all growth has limits. Amazon seems to be out of the print version currently, but if you’re a Kindle reader, you can buy a copy here. Also watch his keynote session here – it may not change your mind but it will certainly challenge it. 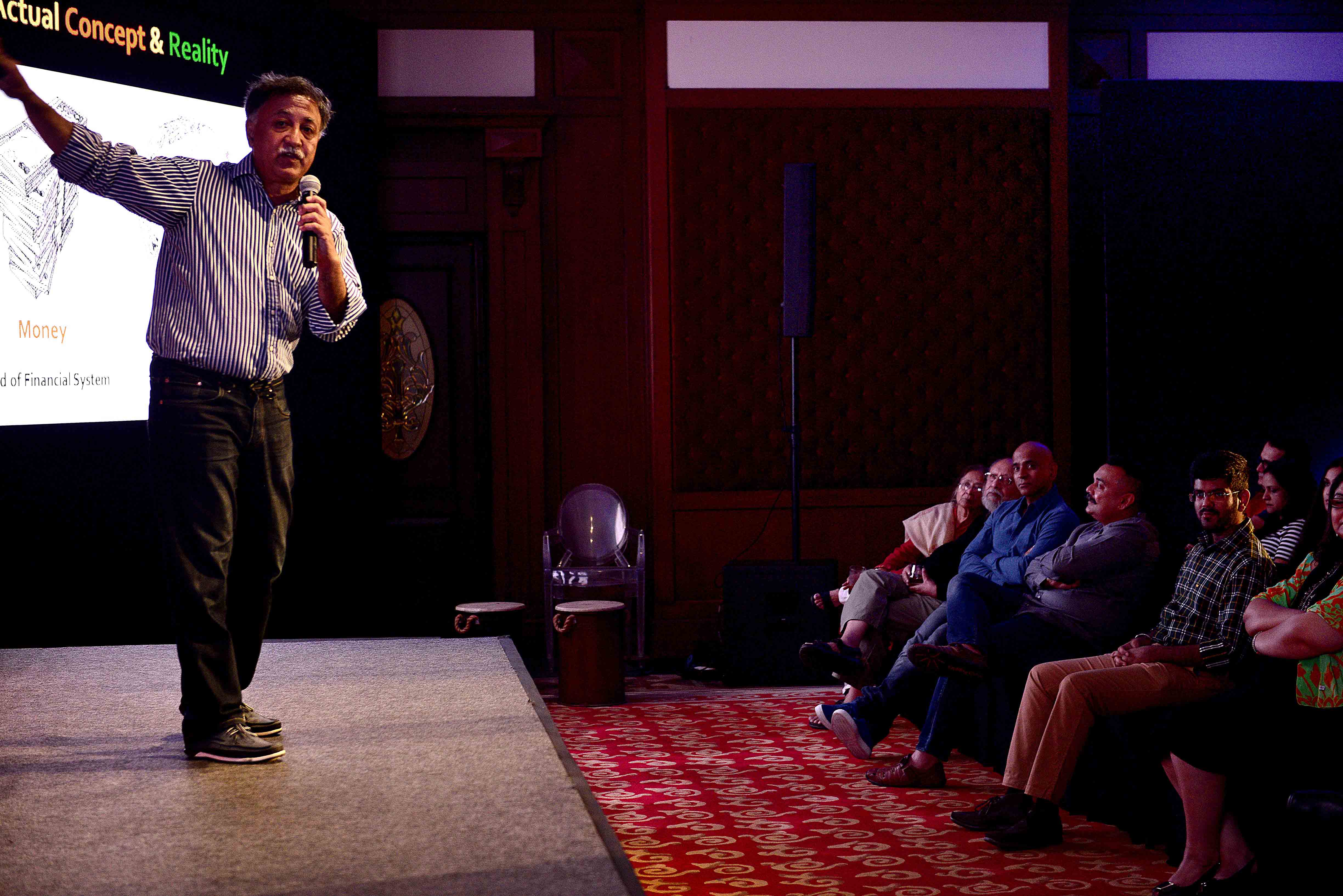