Raiders of the dark

They can be close. Friends, mentor and muse, intellectual sounding boards.

But in rare – extraordinary – circumstances, they can be more. Connected at a visceral level that defies easy definition or explanation.

Anurag Kashyap and Nawazuddin Siddiqui are that pair.

Perhaps what they share most is an affinity with darkness.
And in an extraordinarily honest conversation, Anurag and Nawaz took to the Algebra stage to talk of their dark lives and of pulling themselves into the light.

First, Anurag – celebrated director of Gangs of Wasseypur, Dev.D and Black Friday among others – spoke with rare candour about child abuse, about doubt and loneliness, and about what cinema means to him.

Most of us would have said we respected Anurag’s skill as a filmmaker even before the session began. Halfway through the evening, it was impossible not to respect the man as much as his talent, for the rare courage and honesty he brought to the stage.

And there was still more to come – in the form of cult favourite Nawazuddin Siddiqui, an actor best described as ‘the man who disappears into a role’.

Nawaz and Anurag’s chemistry was evident onstage, especially when Anurag took the mike to turn interviewer on Nawaz, drawing him out as only someone who knows your most intimate life can.

In response Nawaz was funny, insightful, humble; simple but never simplistic; and while he may have glossed over the hardship of his life before mega-success found him, it was clear that both men have seen dark days, and dealt with them with rare resilience.

To hear them in conversation is to understand the impulse of the ‘anti-Yash Chopra’ school of filmmaking, as a critic once called Anurag’s work. If you haven’t already, click here to watch – you’re in for a treat. 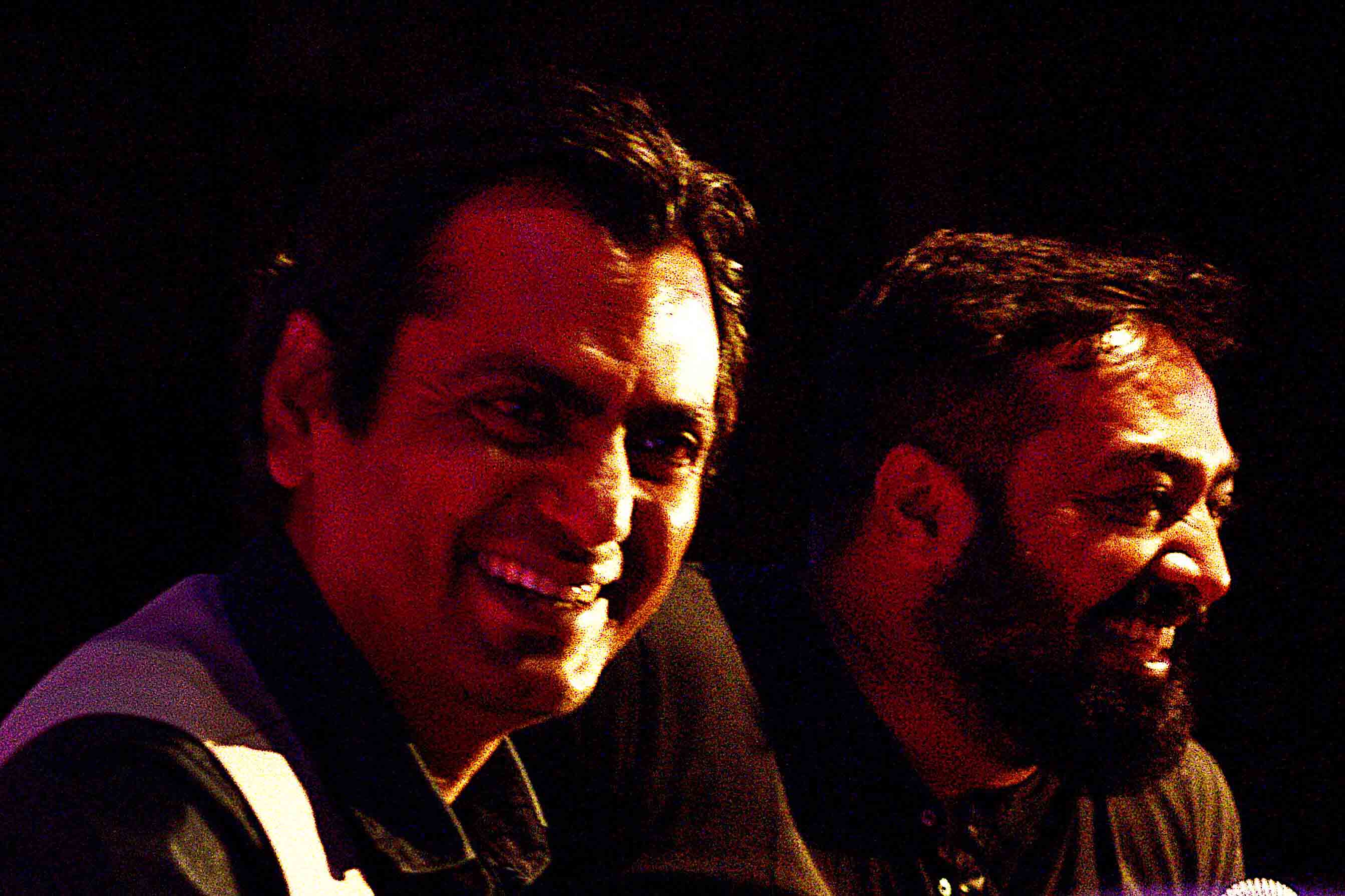