You don’t have to represent religion to stand for the power of belief. Sharmila Irom demonstrates you can do it out of faith in democracy, in humanity, in peace.

She’s an icon of public resistance like none other in human history: a woman who undertook an epic 16-year hunger strike to fight – peacefully – against what she believes are excesses against the people of Manipur under the Armed Forces (Special Powers) Act.

And we were honoured and humbled that Sharmila flew to Delhi to talk to Algebra members last September – this was her first public interaction since she ended her fast on August 9, 2016 – and she spoke with immeasurable grace about hunger, about captivity, about why she finally broke her fast, and about how becoming a ‘symbol’ has cost her her humanity.

It is impossible for us in Delhi to imagine what the Manipur fight looks and feels like on the ground: bloodshed in broad daylight, young men and women who live at war in a country ostensibly at peace. To explain this fight was another incredible young man, Babloo Loitongbam, who after years of struggle succeeded last year in getting the Supreme Court – with the help of stellar human rights lawyer Colin Gonsalves, who joined him on stage – to announce that all 1,528 ‘encounters’ in Manipur would be investigated.

If you’d like to understand Sharmila’s fight more – this piece by Algebra’s Shoma Chaudhury in July – is the place to start. 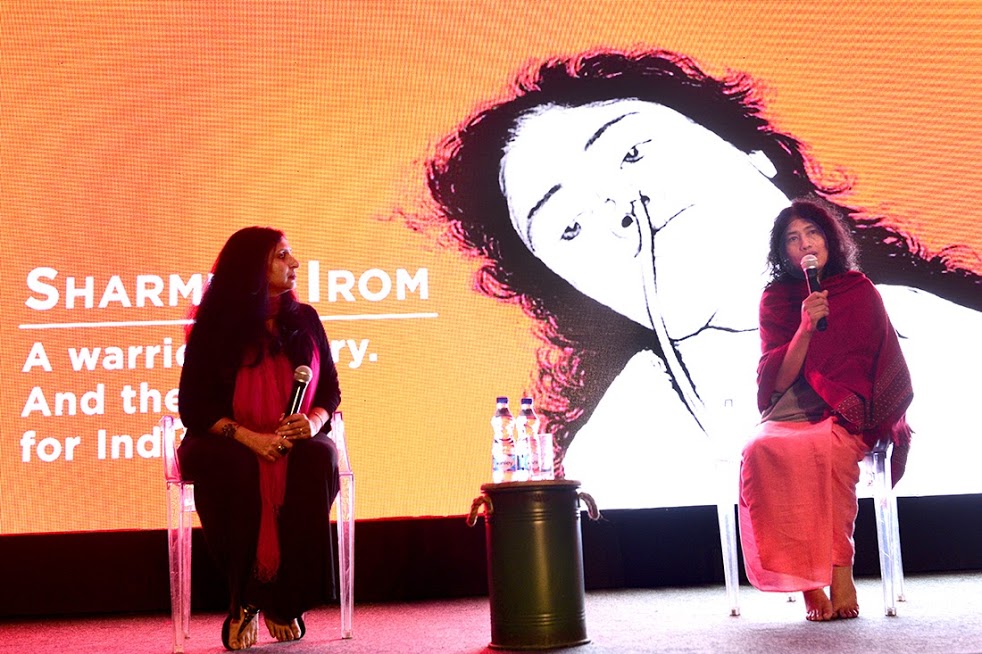