A Duel With an Erudite Hellraiser

Subramanian Swamy on why he's taking revenge on the world

Most politicians who take a public stage find it hard to be themselves.

Subramanian Swamy is that exceptional public figure who finds it hard to be anything but what he truly is – fiercely ideological, fiercely intelligent, and fiercely outspoken.

And at Algebra, Swamy gave a packed house a firsthand glimpse of why opponents have called him the most formidable face of the BJP. In a superbly-balanced conversation with Algebra’s Shoma he was, at once, ideologically rigid yet nuanced in his articulation.

From startling revelations (“Yogi Adityanath was not PM Modi’s choice for UP CM”), to brazen admission of revenge (“It was I who ensured Amartya Sen would not be chancellor of Nalanda University); from ideological obsession (“Hindus are being divided and minorities are being united. Through Hindutva, we have made everyone feel like they’re equal human beings”) to straight-up challenge of his own party (“I will not allow the GST bill to pass”), he was riveting, but also a sobering reminder that for India’s liberals, the fight against fanaticism will take far more compelling articulation if the seductive narrative of Hindu nationalism is to be combated. 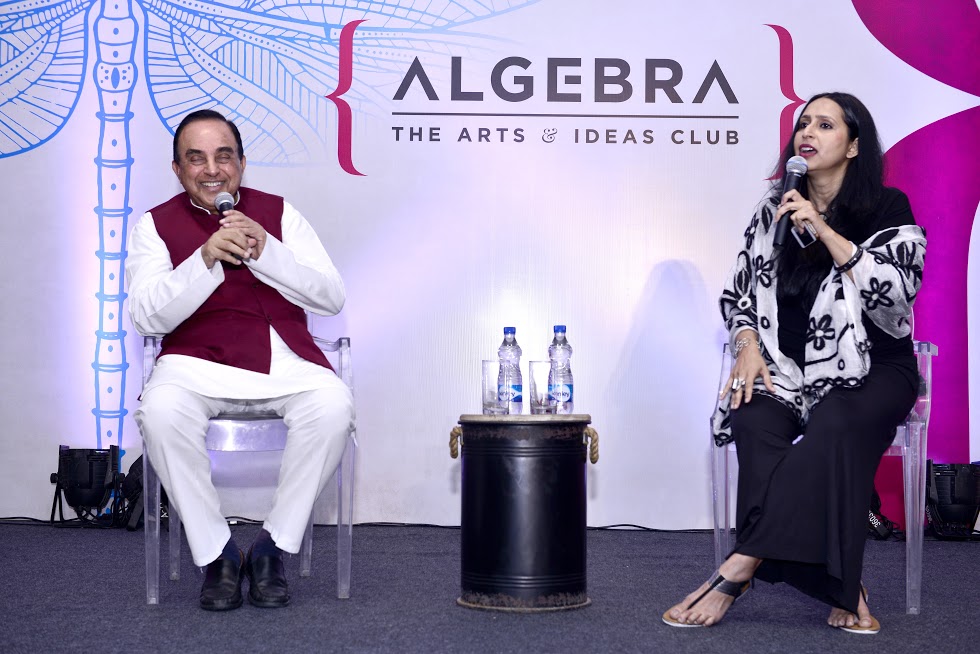