Anil Kapoor on his fascinating life as a chameleon star, at home and abroad - and how he's mastered the art of reinvention

Before he took the Algebra stage, Anil Kapoor had a smattering of fans in the audience.

When he got off it an hour later, that fan club had swelled by 350+ new members!

In an artlessly candid conversation, Anil offered us a glimpse of the mindscape from which his life and cinematic choices emerged, and how he’s kept himself relevant in a relentlessly fickle business.

He may never quite have earned the superstar tag, but Anil has certainly lived the superstar career across four decades, a hundred films, multiple awards, Hollywood success and now a cutting-edge webseries.

He did it by never forgetting where he came from – and those roots are humbler than we might imagine, with 8 family members in a one-room tenement in Chembur.

He did it by turning under-confidence about his looks into a virtue — by crafting the fittest, most fabulous version of himself he could.

He did it by turning inward in his search for excellence and longevity in his career – rather than focus on what his contemporaries were doing.

“My dad is self-obsessed,” laughed daughter Sonam Kapoor in a short video clip we played for the audience, but as it turns out he’s channeled that self-obsession for relentless self-improvement. “I’ve never heard him gossip, never heard him worry about what anyone else has or doesn’t have,” explained Sonam.

Anil is clear the time spent on himself is a duty to his chosen profession – and to those he loves. “Give yourself two hours a day in which you think of absolutely no-one else, not your spouse, your kids, your parents, your job. An hour for your body, an hour for your mind. Those two hours will let you give back to them manifold in the remaining 22 hours.”

But it was when he leapt up to dance to Gallan Goodiyaan from 2015’s Dil Dhadakne Do that Anil was his fabulous best – unselfconscious, revelling in the moment, sweeping us in his mad energy and celebration of living. 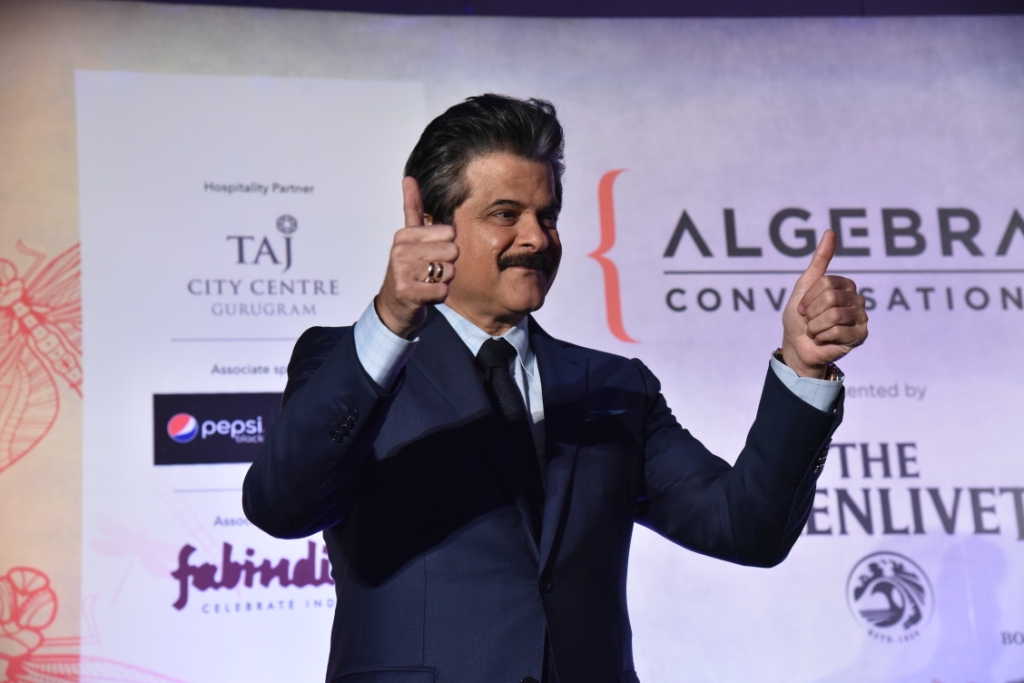