“Cricket in India is democracy’s alter ego, one of the few meritocratic impulses we have left”

We can’t have enough of cricket – that’s not news in India.

What is? That cricket and democracy offer remarkable windows into how the other works, and it was the fascinating premise behind Rajdeep Sardesai’s much-talked-about book – Democracy’s XI – that we previewed at Algebra in October.

We took that conversation further in a second conversation as Ravi Shastri, Kapil Dev and Sharmila Tagore – onstage on this night as wife of the legendary Tiger Pataudi – gave us a compelling insider look at the past and present landscape of Indian cricket.

It was a conversation that had the audience laughing, cheering and saluting – especially when Kapil Dev took on the question of who might win in a match between the 1983 world cup winning team and Dhoni’s 2011 one. “They might have won, but we’d have given them a hell of a fight,” he said with trademark modesty but it was Ravi Shastri – current coach of the Indian team – who told it as it really is when he said he wouldn’t put his money on one team over the other.

It’s the coming together of two great Indian obsessions, and it resulted – how could it not! – in a highly-engaging conversation. Watch the full session above. 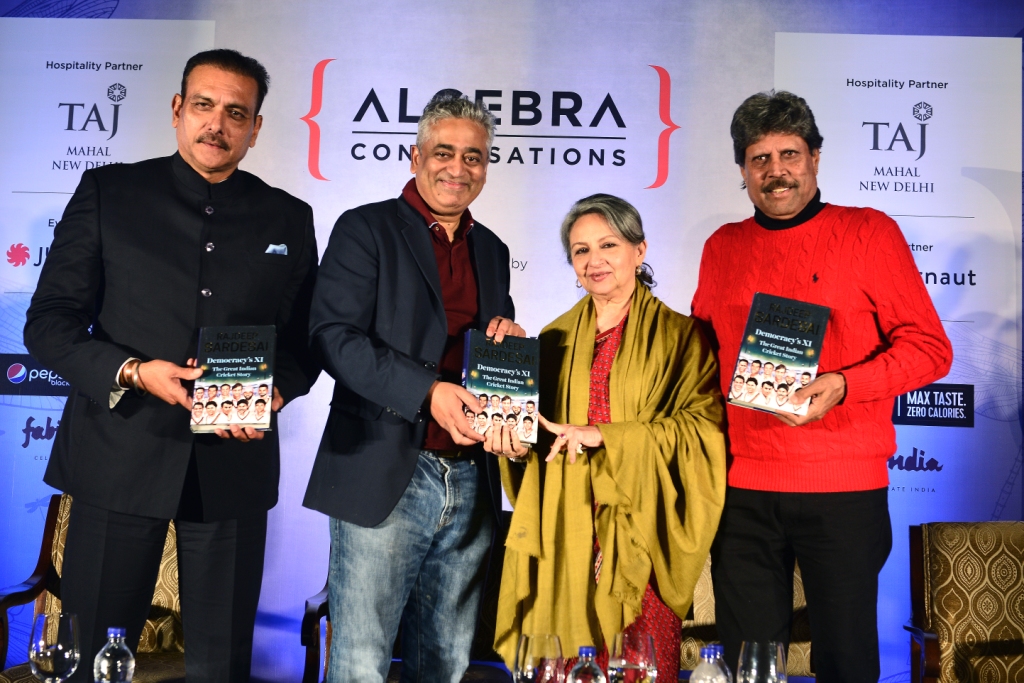