“Dharam and I made a radical choice, and we have lived that choice with dignity”

The public and private faces of the legendary Hema Malini

She’s ageless – and despite a lifetime of being in the public eye, often artless.

But then nothing about Hema Malini is what you expect it to be.

Her wildly successful career was only the starting point for what was, eventually, an intimate insight into a gutsy woman who followed her heart into almost unthinkable territory. Hema – along with biographer Ram Kamal Mukherjee, author of a new biography of the actor – spoke with candour about the extraordinary love that eventually led to her becoming actor Dharmendra’s second wife, and what that decision cost her, in personal and professional terms. “We have lived that choice with dignity,” she remarked, and that is an incontestable truth that even her fiercest critics acknowledge.

But the night wasn’t done till Hema – as talented a singer, it turns out, as she was actor – sang us the first verse of a song Dharmendra, she said, loves her to sing to him.

When you hear the song, it will take even more poignancy for knowing their story. Don’t miss this: watch the full session above! 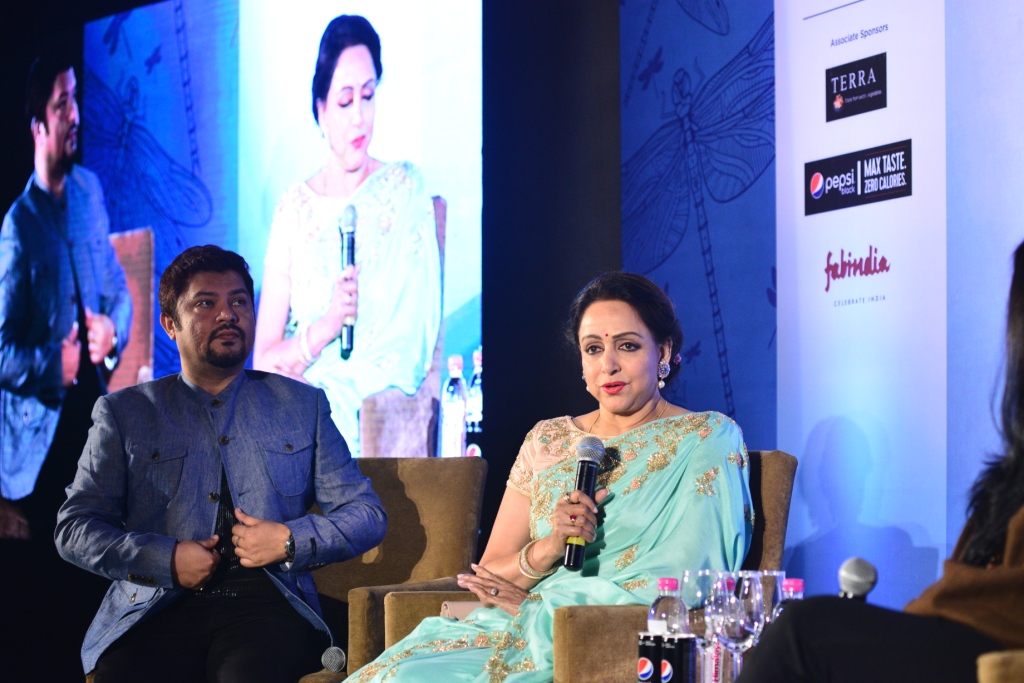