“Utopia is not always a positive idea, it is often built on what it rejects. This is why we call Pakistan insufficiently imagined”

In Aatish Taseer's search for his own identity - geographical, religious, political, sexual - are urgent questions, and answers, for us all

There has been no shortage of battles in Aatish Taseer’s life – at the heart of which is the battle for identity.

Imagine being the son of a celebrated Pakistani politician, Salman Taseer, and a celebrated Indian journalist, Tavleen Singh.

Imagine if at the time, your father was married to someone else.

Imagine that your father is brutally assassinated.

Imagine being formed by two cultures, both of which brutally reject each other.

Imagine, then, being a man whose life represents the intricate, impossible battles that lie at the heart of religion, nationhood, illegitimacy, sexual orientation, celebrity, politics, art, violence, fame, infamy.

Imagine choosing not to recede into a private universe but to choose a life of examining every one of these complex, contentious webs – publicly, honestly, relentlessly – as this young, accomplished writer has chosen to do.

And in Boy Without Borders, we were in candid, incisive conversation with the hyper-articulate Aatish on culture wars and cocktail identities – and being a gay Pakistani-Indian in search of himself. 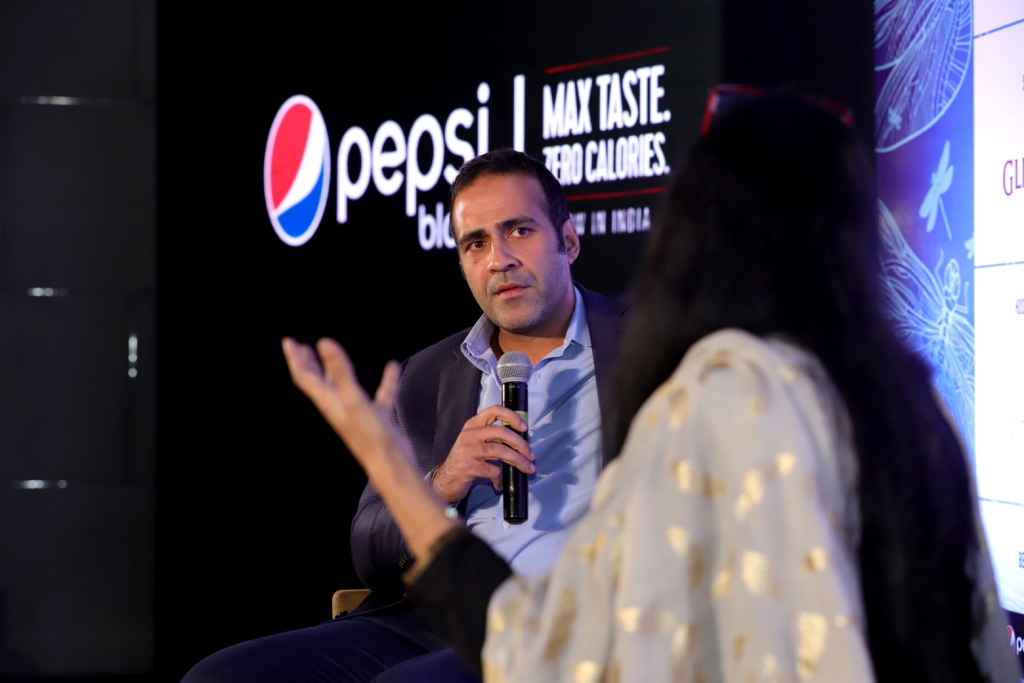