“Each time I leave the house, my 90-year-old mother says ‘son, sparkle”

You think you know Boman Irani. Not till you've heard this conversation

Boman Irani is a maverick in a sharp-cut suit. And at Algebra he took the stage and stirred up a storm such as we have rarely seen.

When he told the incredible story of his life, it was impossible not to be charmed or moved. But under the amusing anecdotes and the easily-told jokes lay the unsaid story of a life of struggle and heartbreak and a thousand tiny papercuts, and the extraordinary ability to keep faith in himself when nothing seemed to warrant it.

That faith has been validated a million times over – Boman is a certified superstar and an actor whose spectacular talent is sought by the biggest names in the movie business. But Saturday night gave us another Boman: the rockstar who took the stage to sing the song that best defines his life: Frank Sinatra’s My Way, to rousing cheers, a standing ovation, and 350+ new fans!

There’s much more in that conversation than one can encapsulate here – including some moving, laugh-out-loud stories about his 90-year-old mother who sends him out the door, every single time he’s heading somewhere, saying, “Son, Sparkle”.

He did more than just sparkle. He lit the world up! 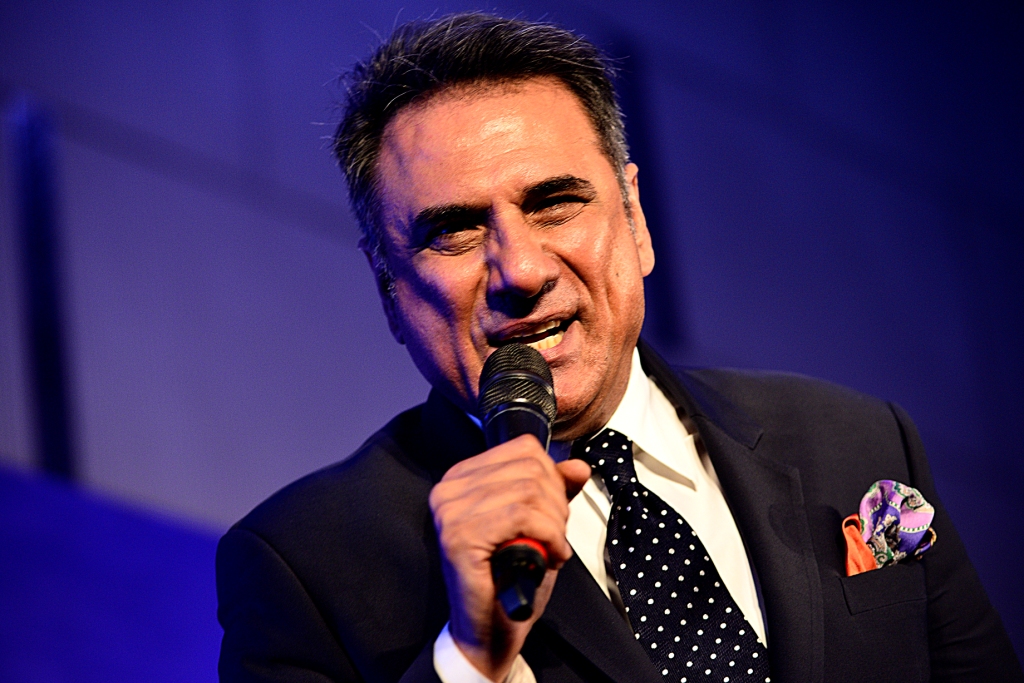